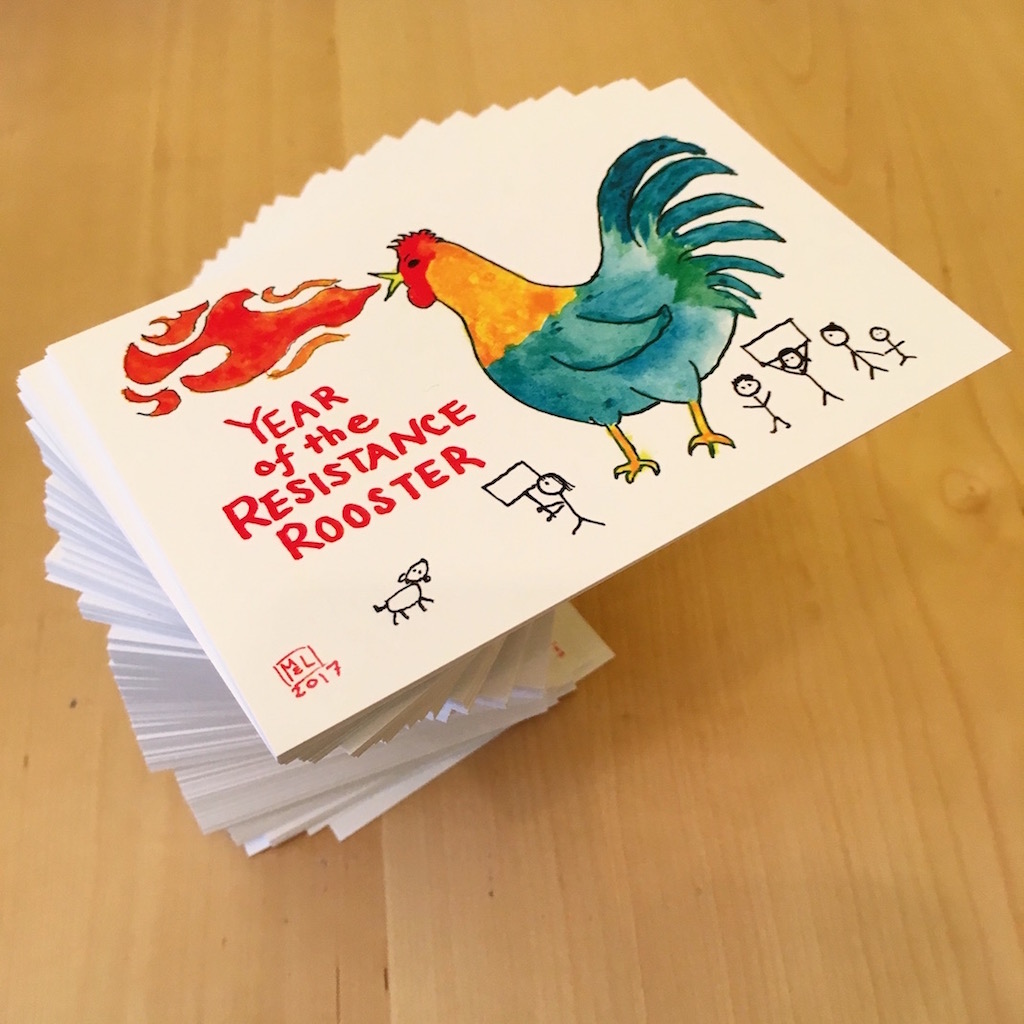 Five years ago, I started making cards to send to friends for the lunar new year. I started in 2013, Year of the Snake, cutting snakes by hand out of colorful, patterned scrap paper.

As my mailing list grew, it became unrealistic to make each card by hand. So in the Year of the Horse, I decided to draw something and send it off to a printer. By draw, I mean stick figures. Over the years, I’ve learned what kind of paper stock I should print on (not uncoated matte stock, which gets beat up in the mail) and I picked up a small water color kit too.

Here’s last year’s postcard for Year of the Monkey: 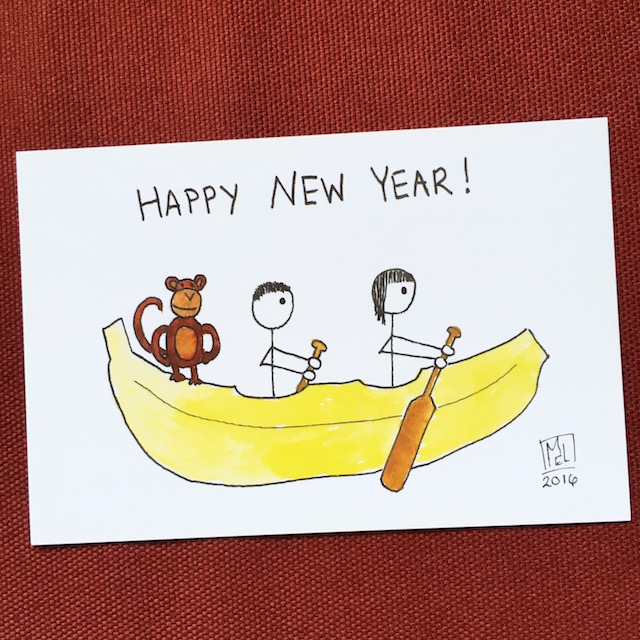 This year, I didn’t feel like making a card. I wasn’t feeling celebratory after the election. But my partner convinced me that we should make a card, even though they would be late. And then I came up with an idea I was excited about: a giant fire-breathing rooster among protesters. Enter Resistance Rooster. (My partner came up with the name.)

When I went to pick up the postcards in person, I was surprised by the weight of the box. Turns out, the printer gave us about five times what we ordered. (Thanks, PsPrint!) Was it a mistake or did they do it on purpose because they liked our card? In any case, we had lots of extras to share. We posted to our Facebook networks, asking if anyone would want a postcard. Lots of people did. Some asked for stacks. Others asked if we had T-shirts for themselves and their kids.

And so, here we are. We have shirts and more over here. All proceeds from sales benefit the National Immigration Law Center. 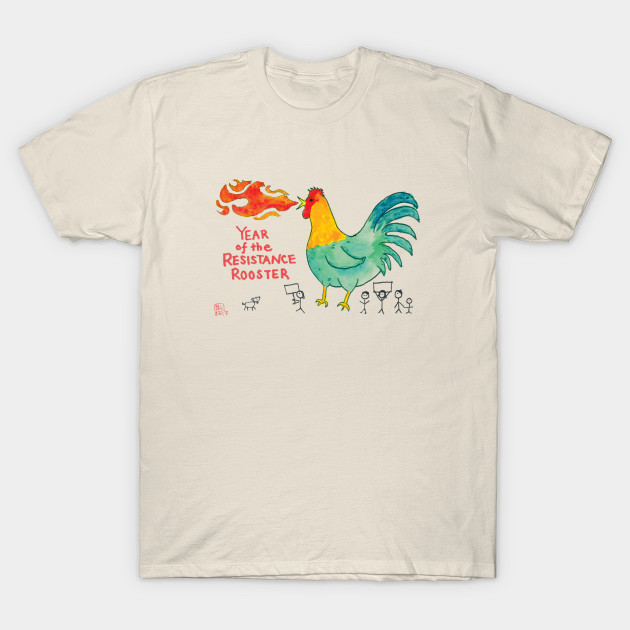 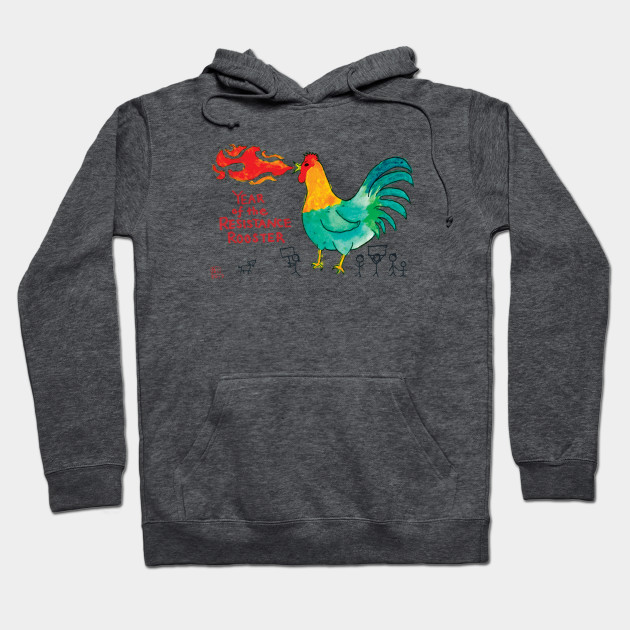 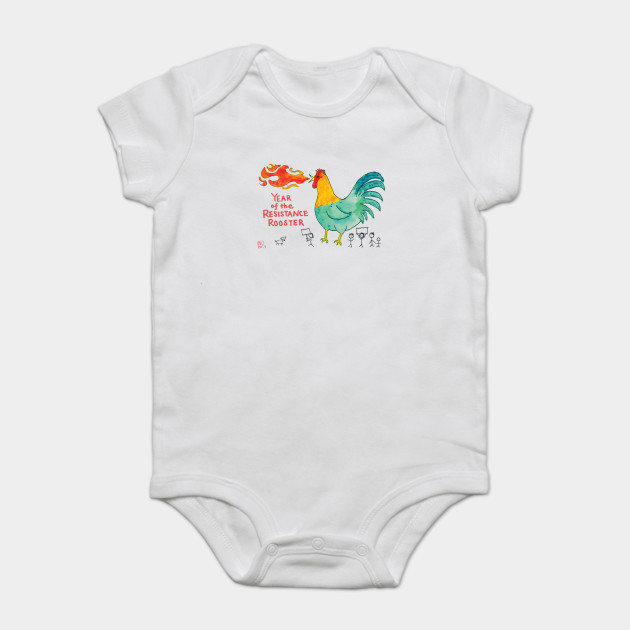 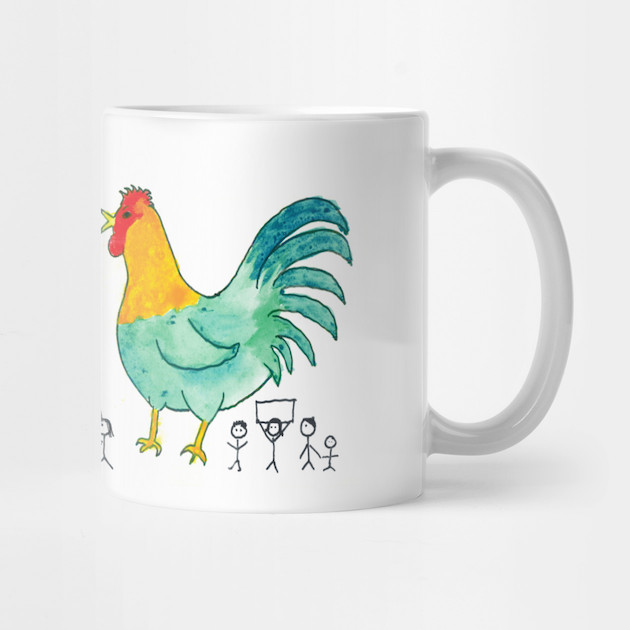